Carina Dominguez was born and raised in Tucson, Arizona, and is Yoeme from the Pascua Yaqui Tribe. Since she was 5 years old, Dominguez has always been interested in journalism. In high school, she was the sports editor for the school newspaper. She attended the Walter Cronkite School of Journalism and Mass Communication at Arizona State University, where she majored in broadcast journalism. She worked at the State Press, ASU’s student newspaper, as a multimedia sports journalist. After graduation in 2015, she interned at CBS in New York City and later was hired full-time as a production assistant.  In April 2020, Carina joined Indian Country Today as a correspondent. 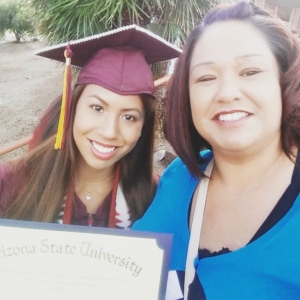 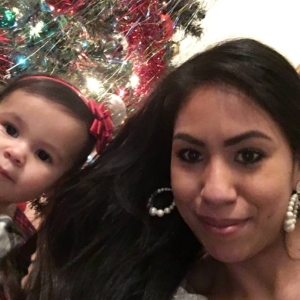 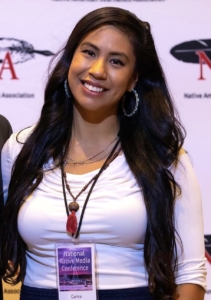 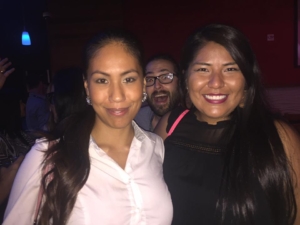 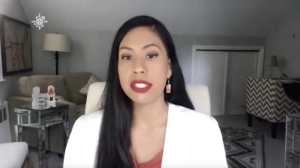 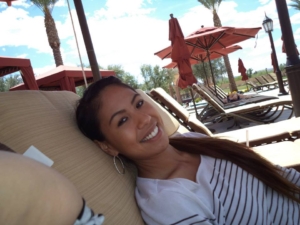 Q1: Tell us a little about what you do at Indian Country Today and how you joined the team?

When I was in college, Patty [Talahongva] introduced herself to me after I spoke up at an event … She said, “Hey, you should think about joining NAJA and there’s a scholarship.” I joined as a student and was accepted, and the fellowship paid for you to go to the conference. While you’re at the conference, at this time, they were still producing a newspaper. I had one story, at least, that was picked up by Indian Country Today. I had gotten paid for that. That was the very first time I had ever worked for Indian Country Today.

I reached out to ICT when I heard they were starting this newscast at Cronkite. Patty had been familiar with me and my work before that. I had a couple more assignments for them before they brought me on full-time. They hired me as a correspondent to shoot, report and edit my own packages. But since we started during the coronavirus, I haven’t been doing that. We’re now daily instead of weekly, like initially planned, so every day my main focus is writing and producing and making sure the newscast is shared on social media. We have such a small team right now and those are the needs, so I’m stepping in to fill that role.

Q2: Why is it important to show Indigenous stories visually?

To educate, not just our own people about what their tribes are doing, but it’s also very beneficial for non-Native people. To see these stories and hear the truth, our version of the story. I saw it first hand while I was at CBS … I didn’t find a single story about a mascot that they talked about the research, the impact on youth. None of the facts from these stories are present in any of that mainstream reporting that I looked through.

We really need to be telling these stories from our perspective from Indigenous people. It’s a good opportunity for us to bridge that gap. If we don’t tell Indigenous stories and hold people accountable, then who will? Mainstream media doesn’t cover our issues, and when they do there’s either missing information or inaccuracies or both. There’s a lot at stake, so getting the facts right and telling comprehensive stories is vital.

Q3: What are you most excited about for your future with Indian Country Today?

There’s so much potential with our crew, the amount of talent we have, everyone’s background, everyone is contributing something. I can’t wait to see how far we can take it. We really have the potential to be a big, independent news organization that people will look to. Especially when it comes to our environmental stories; so many stories that we tell are directly related  to land, to water.  It’s really more than just Native issues. It affects non-Natives too. Once people start looking for that information more, [they will realize]  they have another valuable, credible news source in Indian Country Today. I want to be up there with the NBCs, CBSs and the PBSs. We can build this into an empire and get to that level. That’s what I hope for.

Learn about our newscast sponsorship/underwriting opportunities.

Q4: What past or current stories that you worked on at Indian Country Today that inspired you?

A story we’re working on for the newscast is about Oak Flat and Mount Graham, [a project opposed by] the San Carlos Apache in Arizona.  This is a story I’ve been working on since I was in college. I haven’t been working on it since then, but the first time I reported on it, I did it for Cronkite News. It was talking about how they had launched a march and they had started an occupation on and off at Oak Flat, basically just trying to protect the land, their sacred sites, their holy places from desecration, from this copper mining company. They had been fighting previously to save another sacred site from the University of Arizona [which] was looking to build some telescopes on one of their sacred mountains where they have a lot of ceremonies, sunrise ceremonies — a woman’s coming of age ceremony tied to her first menstrual cycle. So these are very special places.

I was learning a lot more about it recently. I’ve been doing interviews to make sure we’re getting our facts straight.

You don’t have any other opportunity to have a full Native staff, especially not in news, at least in television news. We all get it. We don’t have to fight to get our stories heard. That’s the super cool thing … We’re all coming at the same level of understanding, not only that but the humor. I love the whimsy channel [that we use on Slack] with all the crazy stuff that people put in there sometimes. I love the Native humor and the memes and all the stuff that everyone shares.